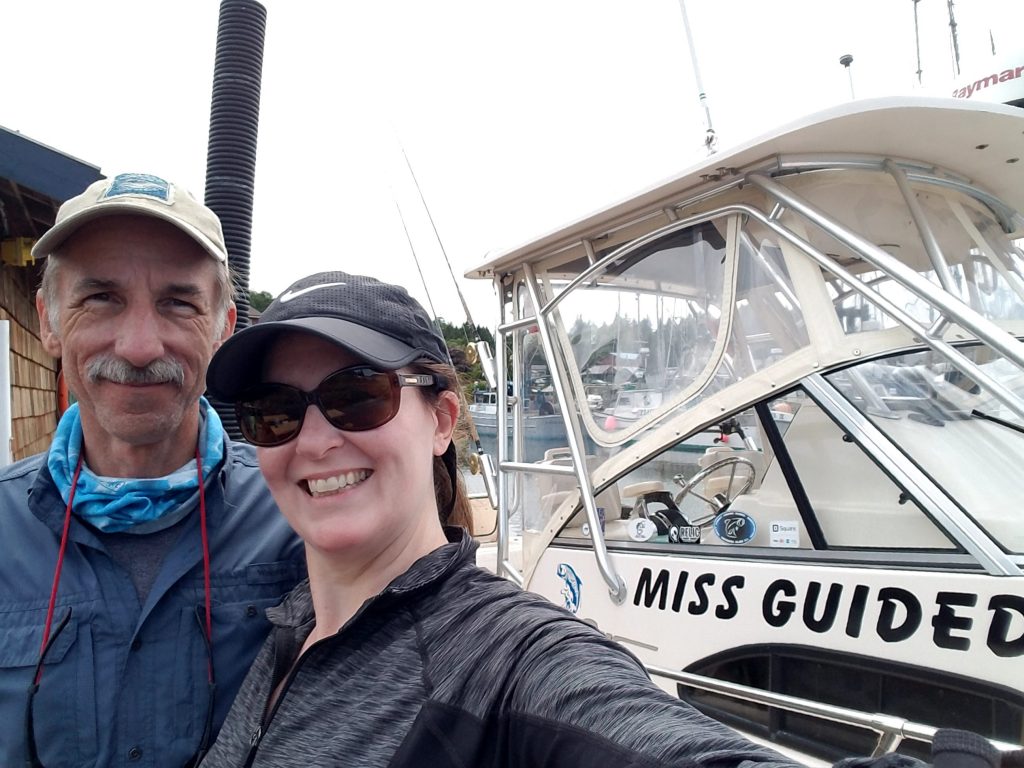 at the dock and headed out on a beautiful morning with blue skies and hardly any swells. We went out to a bank about 8 miles offshore in about 200 feet of water. Darren dropped anchor and put down a big basket of fish scraps to attract halibut. We then proceeded to visit with Darren and wait and wait (we were there about 3 hours with no bite!). 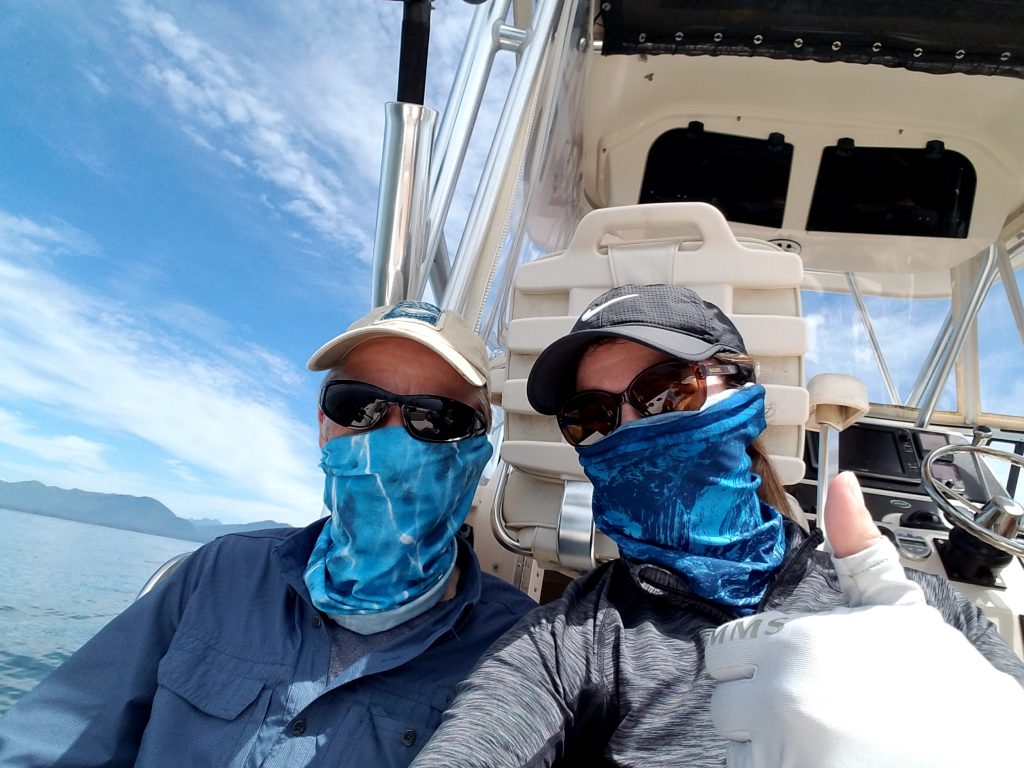 We talked about a lot of the problems with the environment and the problems with management of the fishing industry. I had asked about some big commercial fishing boats we saw at the docks when we were coming out because I could not believe that I saw the same big bottom scraping plates that are now outlawed in Mexico because the way that type of fishing works is they take something the size of a two car garage door and drop it to drag the bottom on each side of the boat then they have a monster purse net behind that and all the things that get dragged up off the bottom go into the net. Then they dump it on the deck and keep the Rockfish they want and throw everything else dead overboard. Apparently that type of fishing for Rockfish is legal in the area even though one of the things it of course drags up is halibut, (see Living Oceans report https://www.livingoceans.org/sites/default/files/bycatch_BC_Bottom_Trawl_Fishery_0.pdf )  The boats are not licensed to catch halibut so they just throw it all over but at that point the halibut have been killed so it ruins the halibut population. In the meantime they put more and more restrictions on the private halibut fishing. We were each only allowed to keep one halibut a day and to maximum. Also the size limit for halibut keeps getting reduced and now write about 48 lb is the maximum you can keep. The rest have to be let go. All of that when bottom traveling is allowed to continue in the area. I sure have a poor opinion now of the British Columbia Fisheries Department.

Anyway back to the fishing story. We then moved over to another part of the bank and Darren dropped a another bag of fish scraps. Within about 45 minutes I had a strong bite on my pole and there was another strong bite on one of Julie’s two poles right after that. Darren grabbed Julie’s pole to get it ready for her and realized that he was hooked on the same fish that I had on my pole. Just as we were figuring that out I pointed out to Julie that she had a bite on her other pole and she grabbed that herself.  As I pulled in mine and Darren kept the other line as much as he could out of the way Julie pulled hers in by herself. It was really exciting to suddenly have two big halibut on deck and especially when they were both so close to the maximum size limit mine was about 50 lbs and Julie’s was 45. 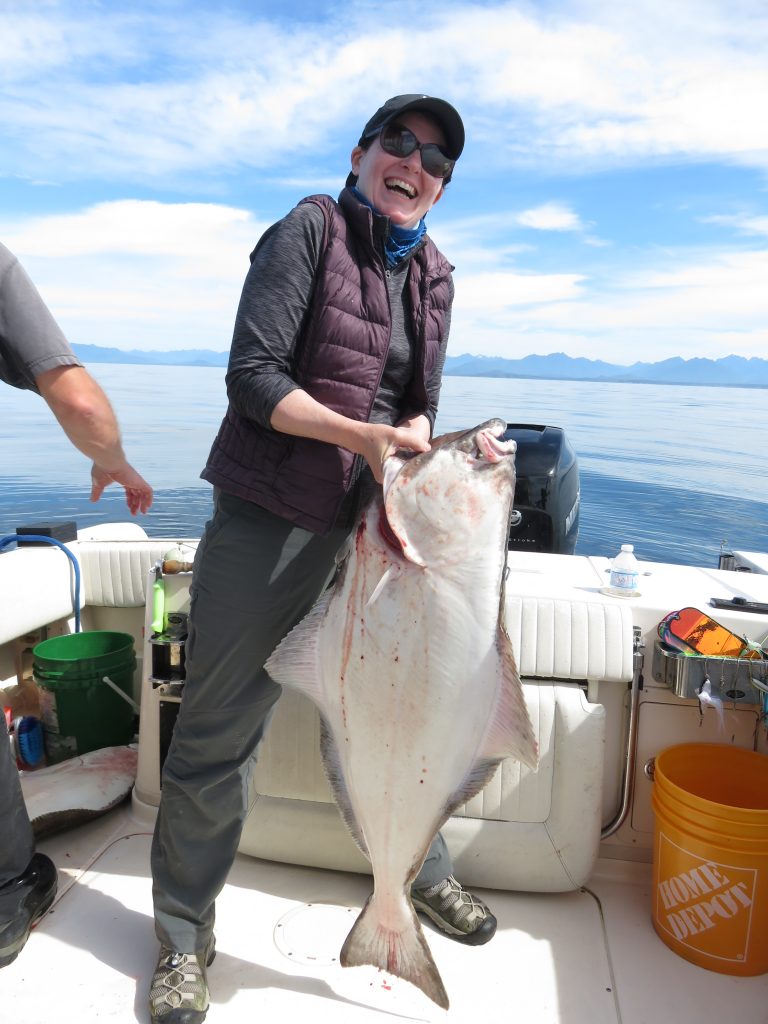 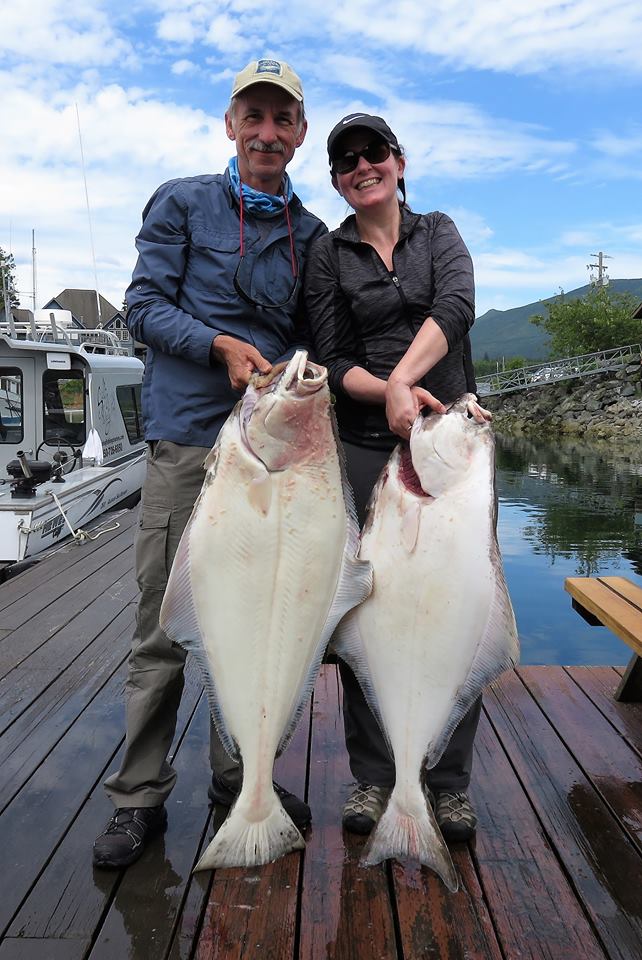 There is a chance mine was a few centimeters over the length limit, but after it was banged on the nose a few times it seemed like it was exactly at the length limit allowed. We then did some trolling for salmon and caught two salmon and one more small halibut that Darren put that Halibut on his license because Julie and I had limited on halibut with our one each. 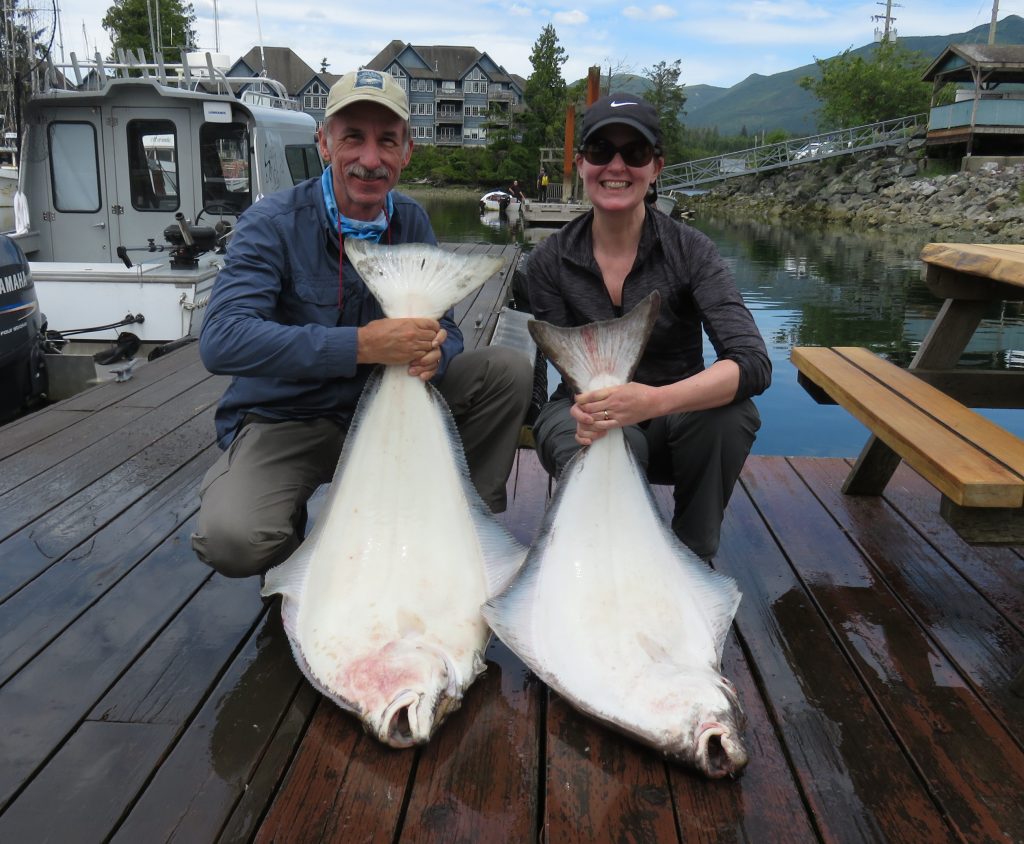 Darren filleted up the halibut and we took the meat to a local processing shop where they will package it in 2 pound or less pieces vacuum packed and Flash Frozen. Then it will be shipped Frozen to our house. 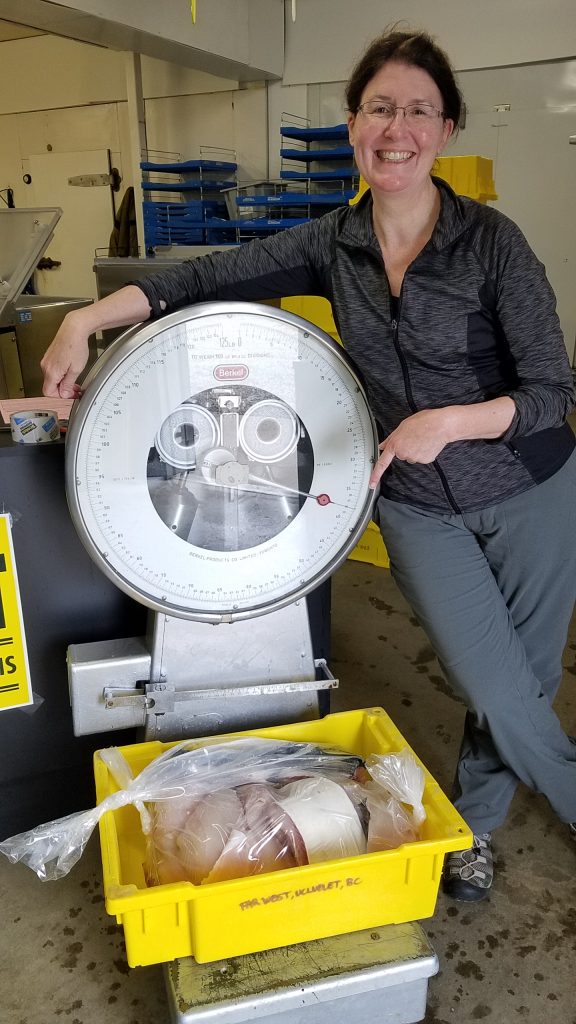