This was the day to move from Courtenay across the channel and over to the Sunshine Coast on the mainland. 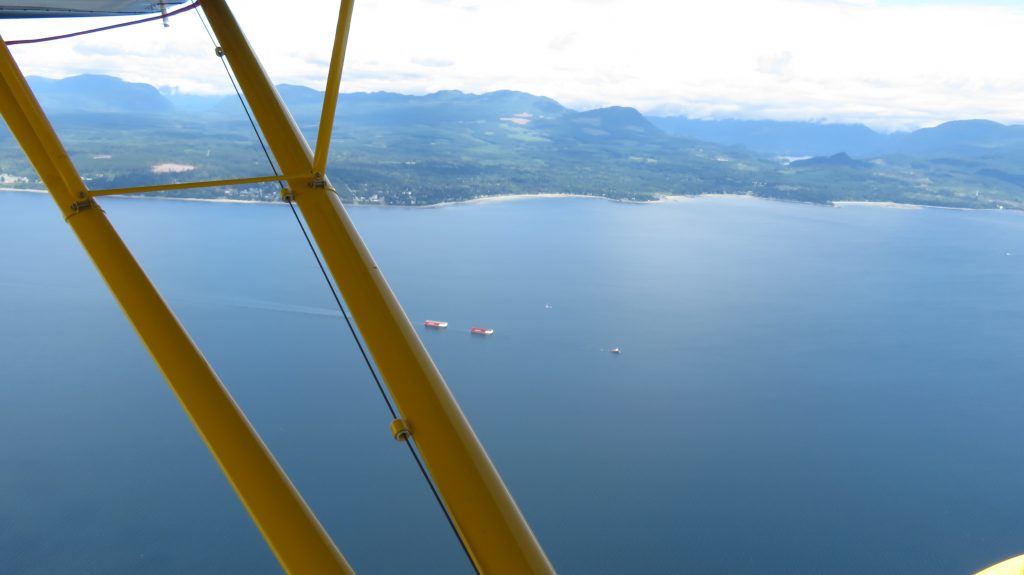 We had reservations for 3 nights at the West Coast Wilderness Lodge. I had spent months trying to arrange for a safe parking spot at the marina next door to the lodge and finally had settled for a marginal docking spot. The Back Eddy Marina is known for ferocious currents coming through the dock area. Boats have been pushed sideways and smashed and logs and floating stumps have come through the dock area and badly damaged large boats. I spent a lot of time studying the tide and current charts for the area and had a specific time that I thought it would be safest to arrive and tie up to the dock.

The flight over the channel was beautiful and it was gorgeous coming into land by the marina we had a lot of debris consisting of logs and branches in the water to avoid but it worked out okay.

I was not at all happy with my approach to the dock. The current was not bad at all at the time, but there were no flags around and the wind caught me off guard. Luckily with some hard paddling I saved it and we got onto the dock. Just 10 minutes later the current ramped-up and was extremely strong it was measured at about 14 knots at the time. If it had been moving like that when I came in I hope I would have realized how strong the current was and not attempted to go near the marina. If I had I surely would have been smashed into some boats. 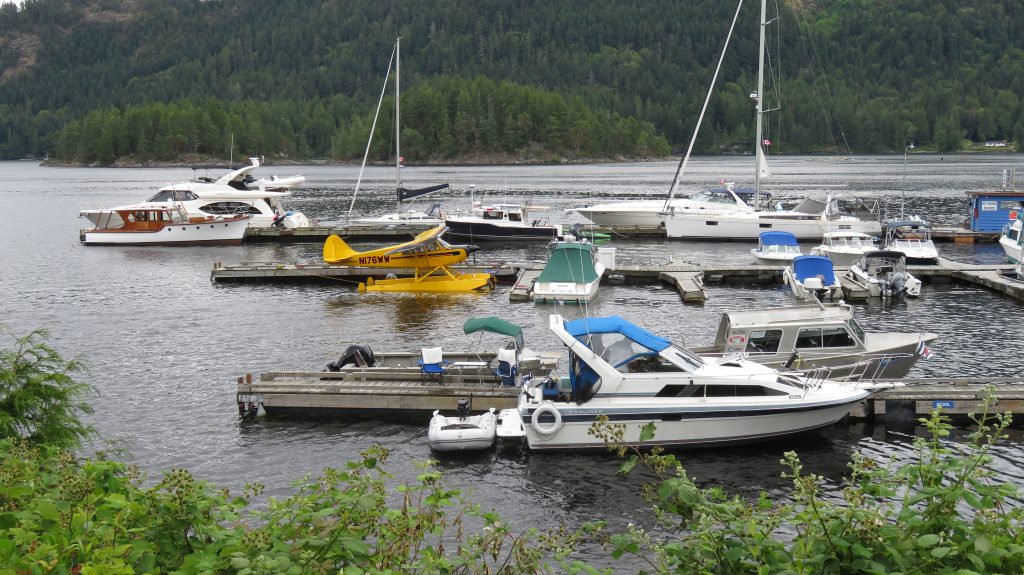 The resort was beautiful and we were very happy to be there for the next 3 nights, here is a YouTube walk-through of our room.
https://youtu.be/4Y4G7yGqpyc