I got a few basic lunch items the night before and headed out to Stafford Lake. It was almost an hour and half flight North but again, it was beautiful country to fly in. The lake was nice and straightforward to land in with plenty of room to take off and even circle if I wanted to. It had been logged quite a bit in the last 10 years and you might notice in the video on my landing approach it looks almost like a highway is going by the lake but when logging is going in up there they build very high-quality year-round roads for the heavy logging trucks and then when they are not logging they dig enormous trenches across them where they go down by the inlet to keep anyone from using the roads and driving up there for hunting or fishing. Here is the link to the video

The main river inlet was a beautiful place to tie up but it was difficult to fish because the fish were farther out than I could cast and closer in I was just catching the smaller trout. 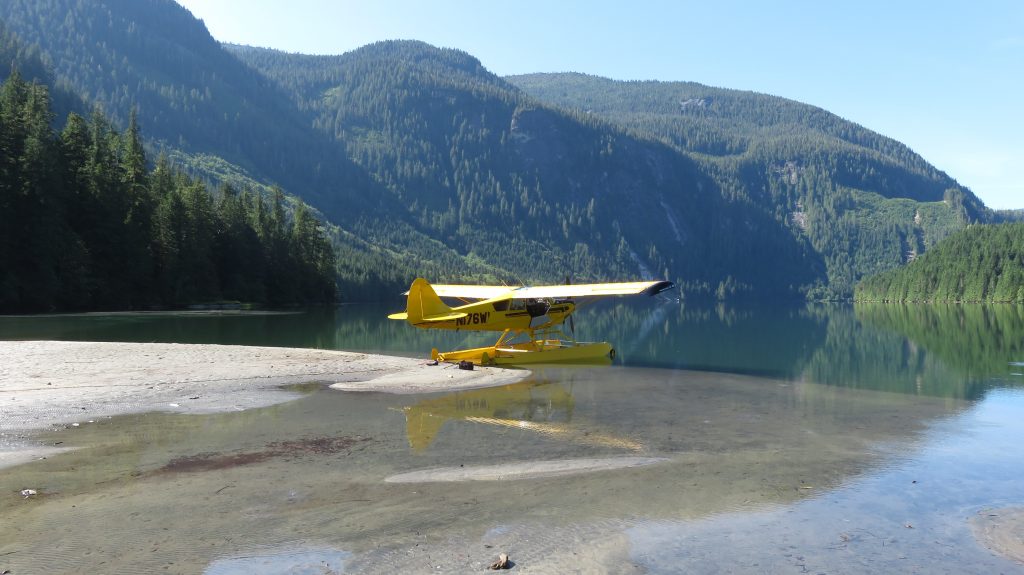 I looked around in the sand and sure enough, found some Grizzly tracks. There were also wolf tracks but they were difficult to get a good picture of. 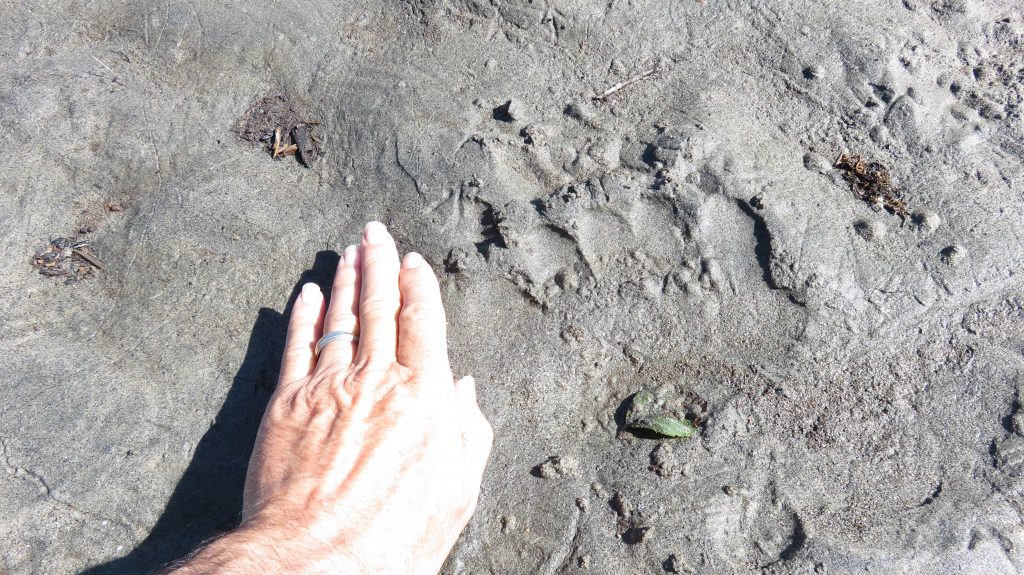 You can tell it is not a black bear because the toes are almost in a straight line. I went down and tried another inlet for a while, but it also did not have conditions that were really good for anchoring and fishing from the plane or fishing from shore.

I went back and tried anchoring off the main Inlet but it was a sandy bottom with nothing to catch the anchor on and the winds were picking up. I headed back to Cortenay rather disappointed that I had not caught any really big trout or Dolly Varden on the lake that day. I was feeling rather down about it and thinking that I would try some other place but then I decided to go back the next day and give it another try.

In the Pilot’s Lounge I bumped into a guy (from San Luis Obispo) that I had called a few months before for advice, he has a Husky on straight floats, (without wheels) and has been coming up to the BC area every year for almost 10 years. He ties a kayak on the side and flies with it. That would solve a lot of my big fishing problems but I am not ready to mess with the additional weight and drag, but maybe one day. 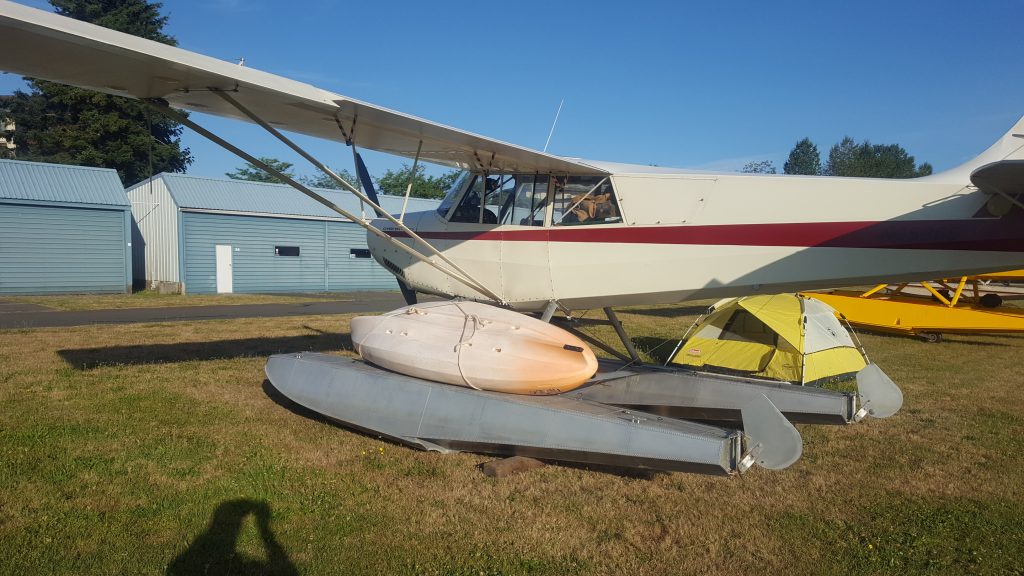