I woke up early and excited to be on my trip. But I had some hesitation because I really did not have the next leg planned. I had tried talking to some local pilots when I got in but they all said “oh, you need to talk to a float pilot,” and none were around. I hung around the flight school and Flight Club hoping to get some recommendations about lakes and next stops farther north but even though I met a number of great people I was not getting many recommendations. I did get told by one pilot that Salmon Arm wood be a good place to overnight and it had good fishing around it so even though that was only a few hours North it sounded like an interesting place to stop. Sightseeing was breathtaking going up the Okanagan Valley. 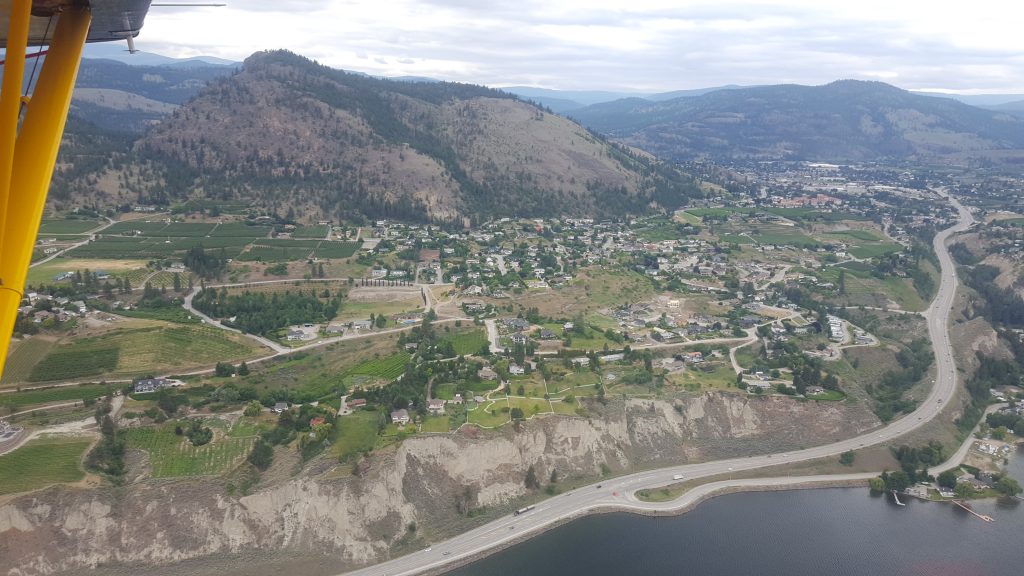 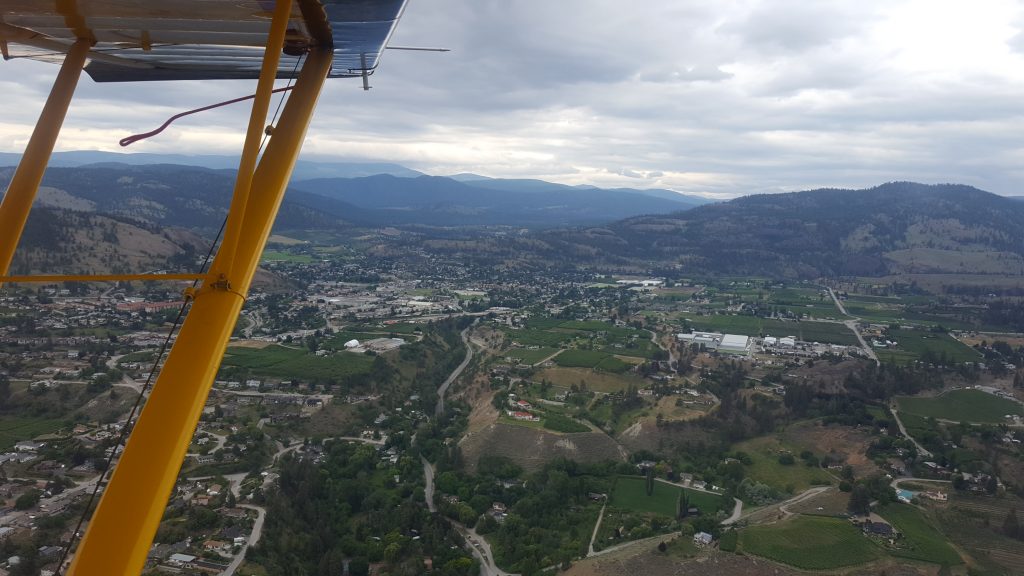 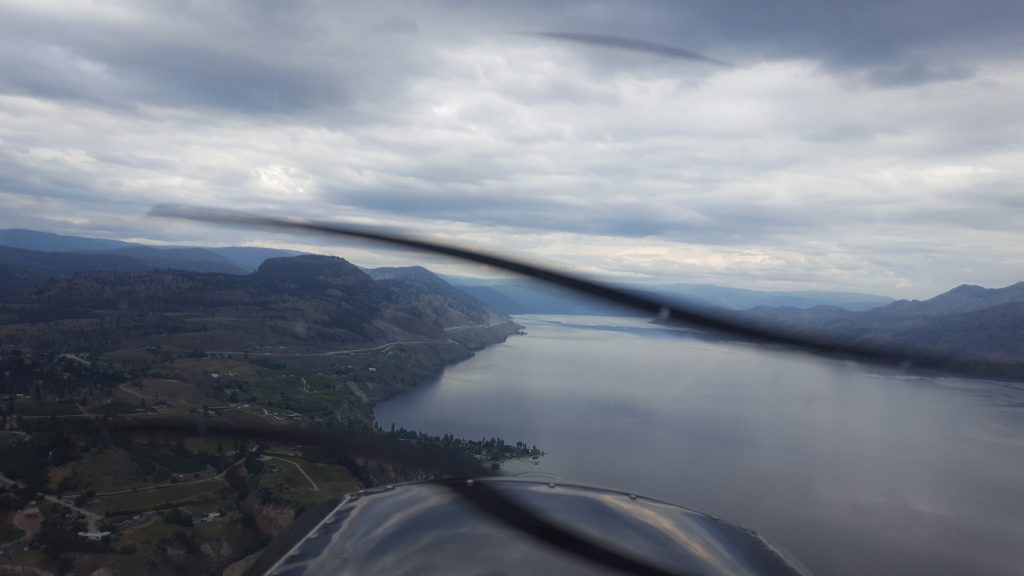 I was not expecting the enormity of the volcanic mountains around the lake or the way it looked so much like Italian Hill Country with all the vineyards and orchards scattered on the hillsides. I went through a number of good rain showers and was enjoying being in a different weather region than California. Salmon Arm was great, I spent a lot of time talking to local pilots and was invited into their daily 3pm coffee meeting. And yes, there was the point early on when one of the guys in a loud stern voice said down the table to me “We’ve got a question and you better have the right answer!” In my younger days I might have gone into deer in headlights mode but I know when your having a friendly BS session a blustery statement like that means we are going to play around now. So as I expected he said “Are you a Republican or a Democrat!?” And yes I said absolutely a Democrat and I went on with how Trump is destroying the US and the world and any trust in the US or our government. They jumped in with a bunch of Trump jokes and we had a lot of good laughs. 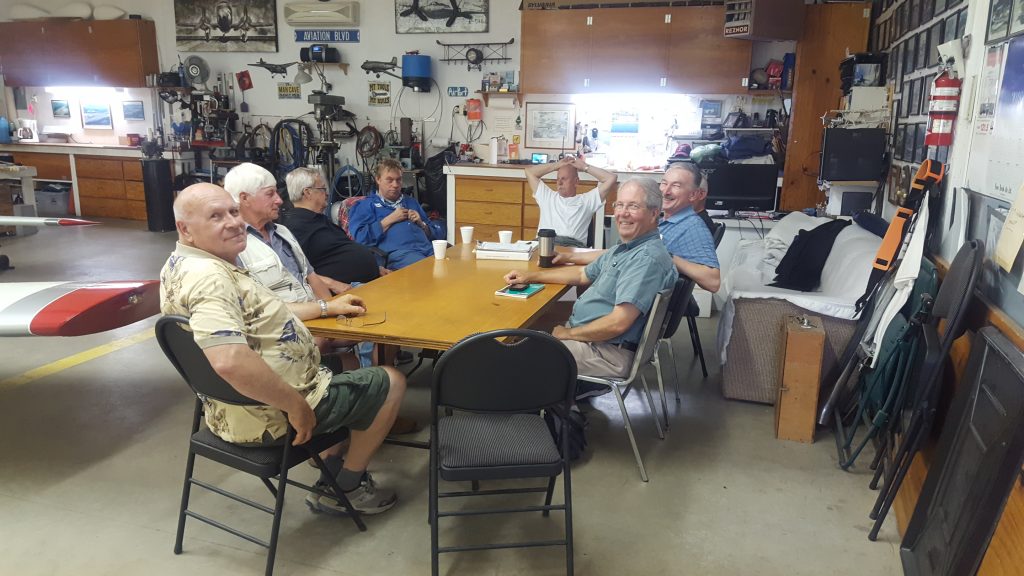 I got a lot of great advice about some of the areas around there and the lakes but I still did not have float plane pilots to talk to. For a $30 donation I did get the Flying Club loaner car and it was great to go into town and have mobility.

It really poured hard a few times while I was in town, one store that I went into had a very interesting roof line, when I went in I thought it was just a shade and rain cover extending out into the parking lot but when I came out there was a big downpour and the roof overhang was designed to take all the water off the roof and make a waterfall when it rains! 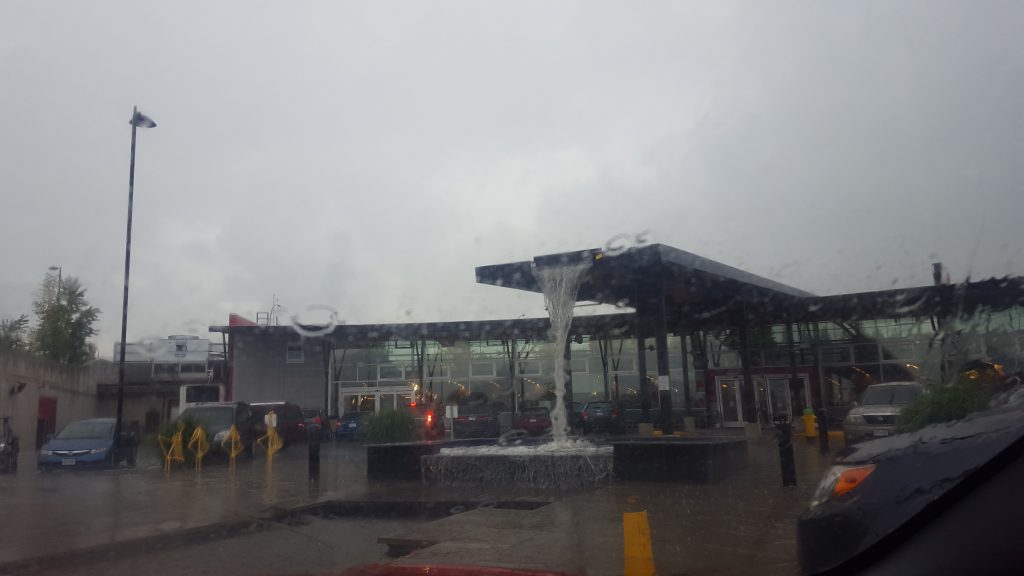