I woke up to a beautiful but cool and breezy morning. 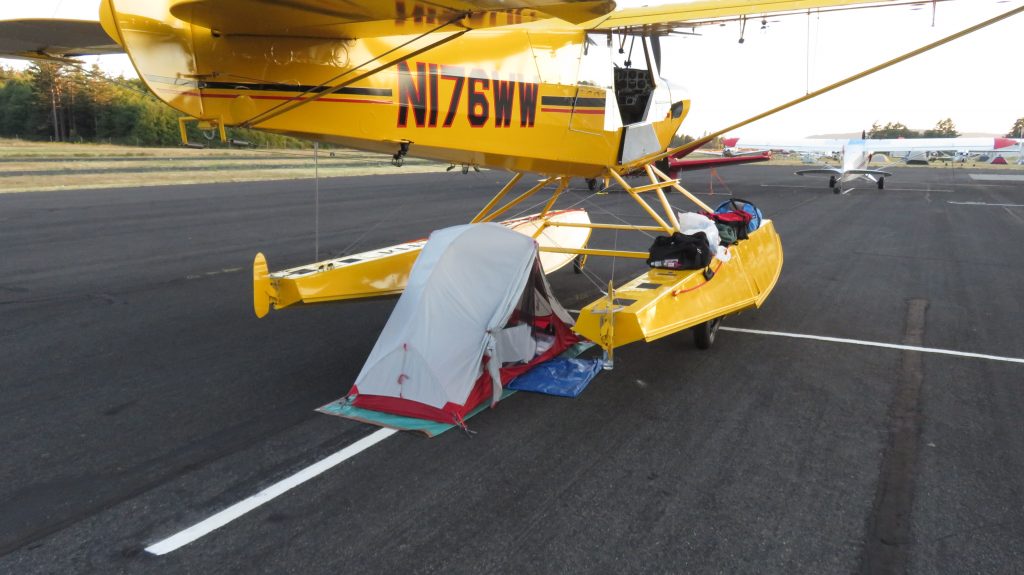 As I was packing things up, the airport attendant that goes around to all the planes and leaves a overnight fee envelope ($10) on each plane came by. As he was walking up I said “OH, I just got here”. He looked a little startled and exclaimed, “I saw you yesterday, and you have a tent”! He then saw my smile and we both got a big laugh.

I spent a good deal of time Googling on the Washington State float plane pilots map, looking for some fun lakes to land on but I was not coming up with anything in particular until it occurred to me that I could land on Lake Union! I did some research and even got a hold of a Kenmore Air pilot to confirm with him what the procedures are and, basically, it is rather wide-open according to him.

It was really fun to fly into Lake Union, I actually look forward to doing it again the next time I am up that way. It was gorgeous to fly by the Space Needle, I wish I would have put another GoPro on the other side because the one on the right just does not do justice to the view I had of the Space Needle on my left and everyone at it’s railing, eye level with me! It’s rather interesting that any other time I land on Lake I would circle low over the lake looking for obstructions and scrutinizing where any boats are before I land but with Lake Union I felt it was best to just come in and pick an open spot in the water and land. I certainly could have done a go around and not landed if there was someone in my way at the last moment, but that is not the same level of landing site review that I prefer to do. I then took off and flew over to Lake Washington where I landed in a slightly protected area to have some lunch and take a break.

Here is the Video, I did speed up the en-route parts so it would show the area but not be as long.

After that, I flew down to Pierce County airport, it is a great stopping point because it has cheap fuel, a restaurant and a nice view of Mt. Ranier. 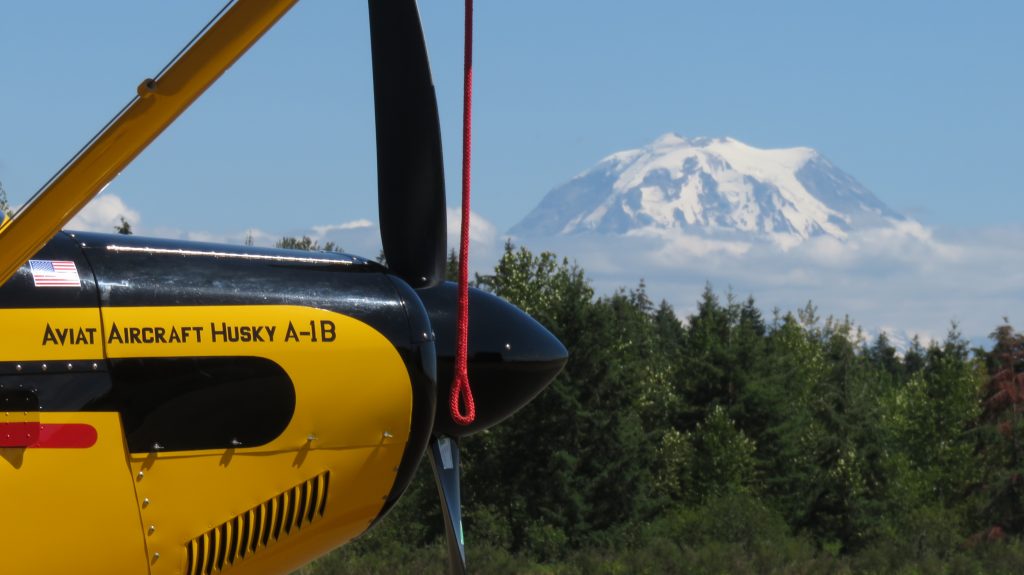 As I was having lunch, I Google Mapped around the Northern half of Oregon for a small airport to camp at that is close enough to town for me to walk to a restaurant for dinner. Sportsman seemed to meet that criteria and I called them up and confirmed just to be sure. It was a bumpy afternoon ride down there with convective turbulence and I was glad I had not chosen to spend the night farther south. The airport is a family operation and I think it is third generation running the fuel truck now. 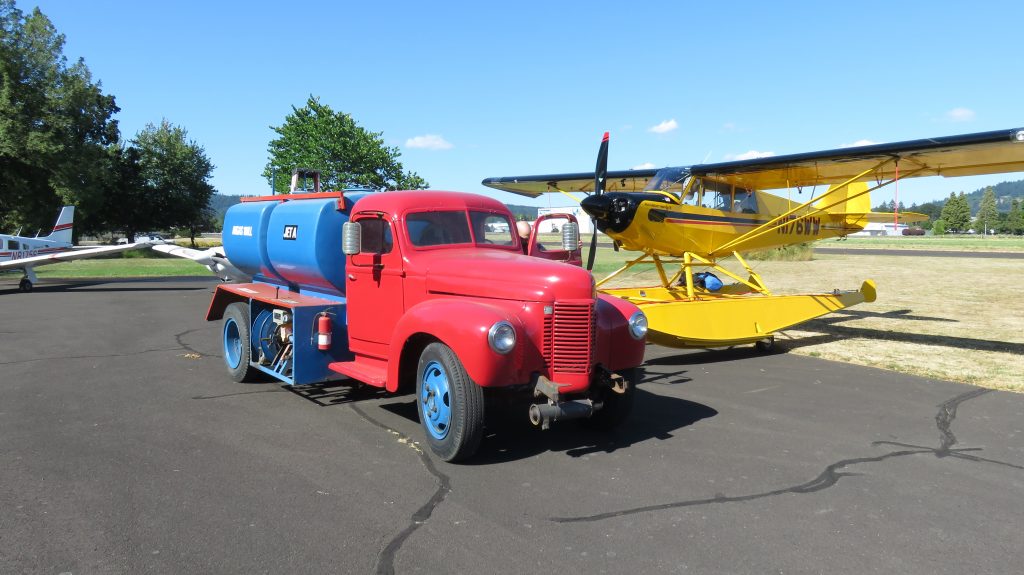 Kind of a strange time warp place and the Pilot’s Lounge had been a house previously and it still looked very much like someone’s living room. 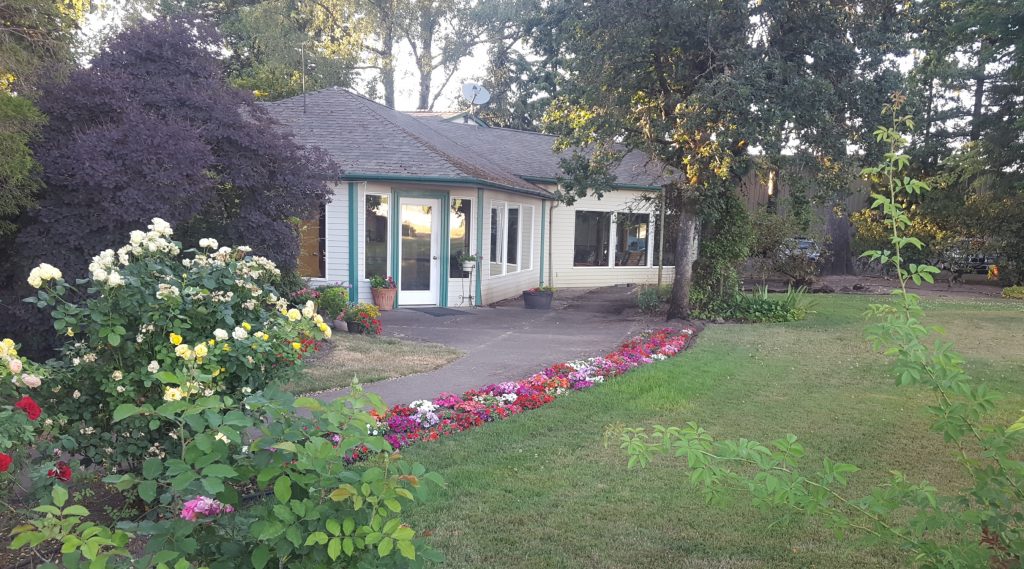 I worked on this trip story site on the table while I listened to M*A*S*H*  reruns on the TV. I walked into town and had a great Mexican food dinner. And fell asleep gazing at the stars.