The bed and breakfast I stayed at “Acro Lodge” was fabulous. The house was immaculate and the bed with its warm duvet was extremely comfortable.  After a wonderful continental breakfast I took a long hot sauna and tried to put the bad shut down behind me. 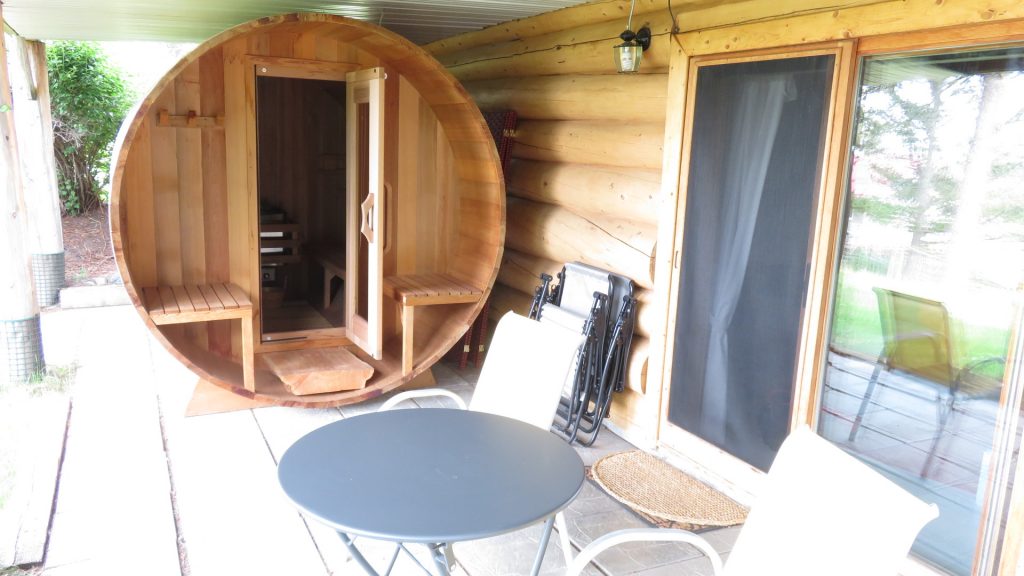 Up at the airport I met several other pilots including one who also said I needed to talk to a float pilot and drove me down to Mike’s house. Mike is building his third experimental float-plane and told me about his favorite lakes nearby. 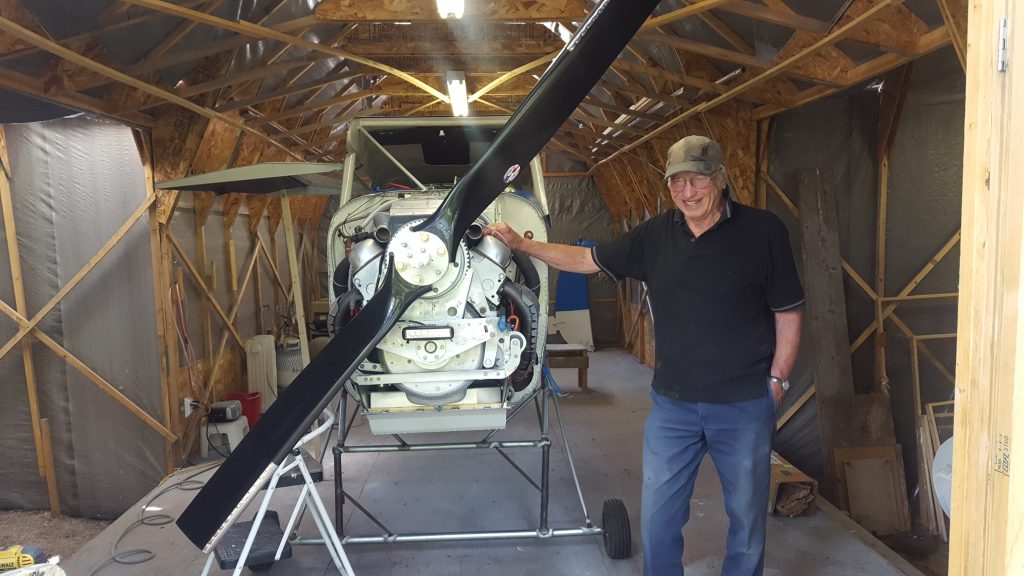 We talked about all kinds of flying stuff for quite a while and then he gave me a golf cart ride with his old dog running alongside back up to Double Shot. I chose to go to one of the larger easy lakes that he recommended not too far away, but again it was quite windy and I was not comfortable with any of the shoreline there to tie up on to. 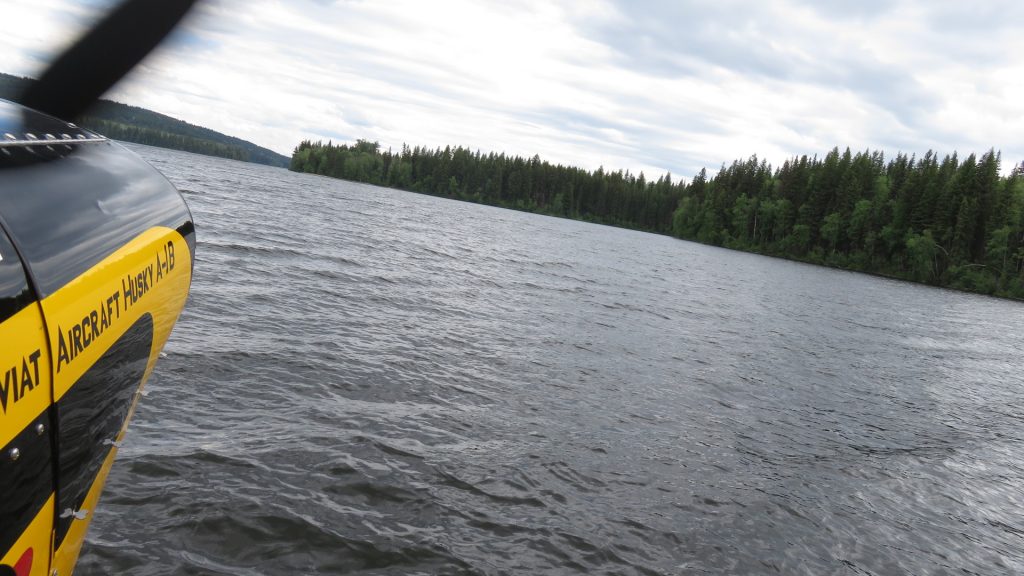 I drifted and fished a little bit but didn’t catch anything. Mostly I needed practice fishing from the float and managing all the fishing gear.

The B&B did not have a room for that night so I thought I would just go to the old Resort Lodge across the street. They charged me way too much for a shabby dingy old room with hardly any lights and no ventilation. I spent a lot of time swatting all the mosquitoes that were on the walls and ceiling in the room to reduce how many I would be feeding while I slept. I then went down to ask about dinner and found out their restaurant is closed, on Monday nights and there is nothing in walking distance. I went back to the plane and got my camping food but when I tasted the water in the room it was horrible! I went down and asked about the water and I was told that because of the high magnesium in their water they have to add salt to keep their pipes from plugging up and my only option was to buy 12 oz bottles at $2.50 each from the vending machine. I was rather upset by that thought but I knew it wasn’t the clerk’s fault. I started pacing the lobby in circles like a lion at the zoo. I saw two bicycles outside and asked if those were available for me to use and go to the gas station for water. She said it would be a $30 rental…. (I counted to ten) I said it seems like that could be waived considering the circumstances. She started talking in a whisper the way people do when they’re afraid of getting caught and said that her manager is on site and she could lose her job but if I signed the rental form and got the bike back without her manager noticing she would throw the form away but if the manager was there when I returned she would charged me $30.

The bike was in horrible shape – tires were almost flat, one brake barely worked and the handlebars were quite crooked to the front wheel. As I started off to the store it started raining, (hard). I got my gallon of water at the store and it was a long uphill ride and walk in the rain back to my room. She was waiting outside and very excited that her manager had not come by and I had gotten away with it.

Posted in 2018
← Day6, Amazing offer and an Unpleasant surpriseDay 4, Late start and Bad shut down →