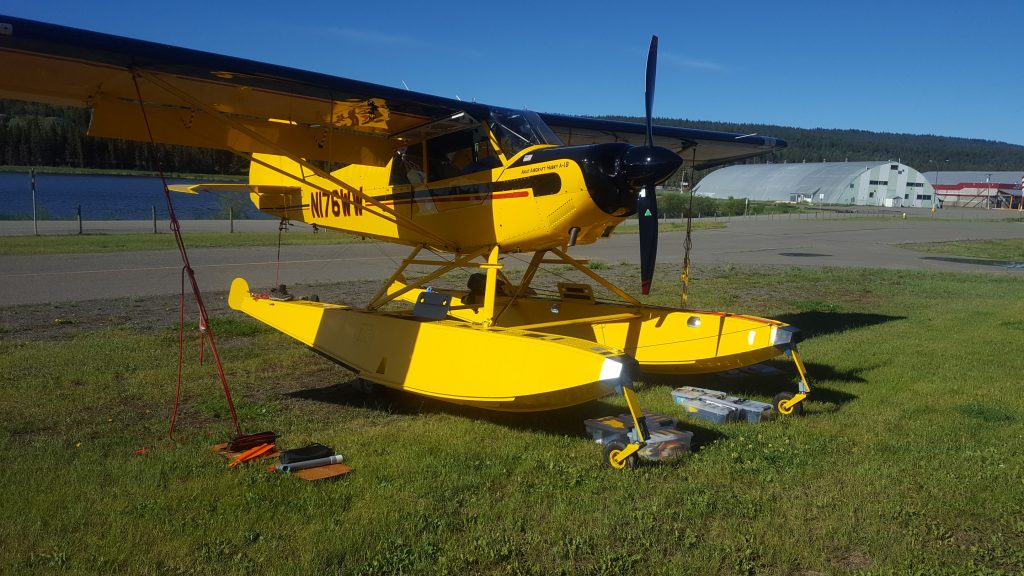 First thing in the morning I was finishing the payrolls for work that I had started the evening before, checking in with people at work and preparing payroll reports for the owner. I was watching the internet weather and it did not look good. The skies were going to be relatively clear but high winds were forecast that would make flying around the mountains and landing on the water no fun. I decided to just have a down day and sort out and dry out a lot of things from the plane that had been getting all mixed up and rather wet. 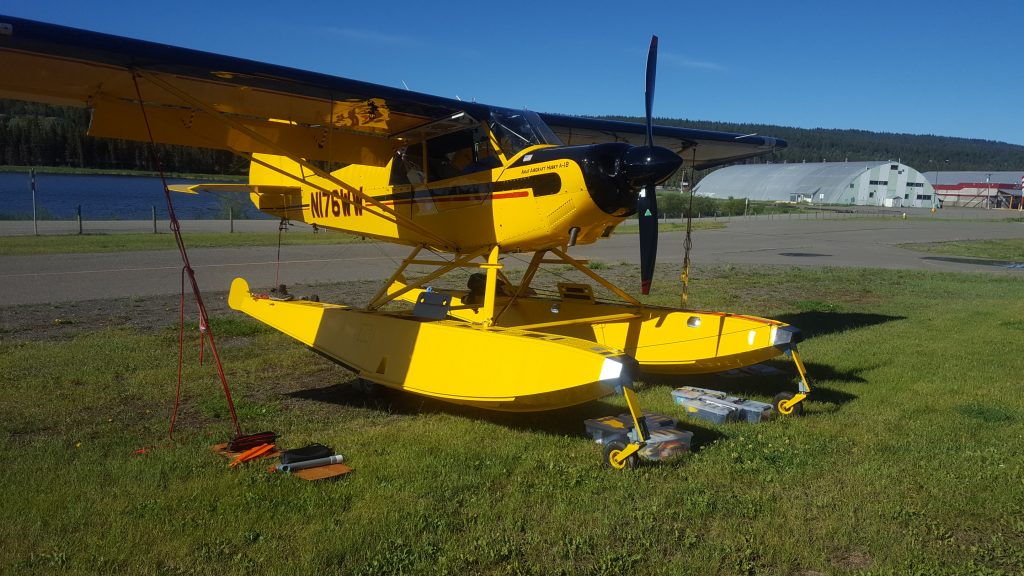 As I was sorting out the plane I noticed a guy over working on his back country plane in the grass. His name was Travis and his parents have had four cabins on remote lakes in the area that they would fly fishing guest out to for guided fly-fishing trips. Travis was the float plane pilot for them for many years but he said the cost of liability insurance was too much for the small number of charter flights they were doing. He told me about a lot of fishing lakes in the region and he found a map of that next region north that I would need to go to Willie’s cabin the next day. I started to tell him something about myself and he said “ho, I know all the other airport guys and firemen told me about you”.

I also used a majority of the day to figure out how to post the first six days of my trip. I was looking forward to a good dinner at one of the places with higher reviews in town because practically every restaurant is closed on Sunday and Monday in the region and it was finally now Tuesday. Even on Tuesday places close at 8 so I made sure at I was walking to the other end of town to a restaurant. When I got there a sign in the window said they were not serving dinner that night and were closed. I then walked back to the other end of town where I was confident a different restaurant would be open but by the time I got there it was just after 8 and they were closed. I then tried a bar and grill that was open but they were only serving drinks. I went back down to the other end of town (again) by the freeway and found a donut  shop kind of place that had just enough soup left in the steam warming tray to give me a small bowl of cream of potato. So that and a glass of water was dinner!

Posted in 2018
← Day 8, Find the Cabin and No LuckDay6, Amazing offer and an Unpleasant surprise →