It was going to be another day with a lot of clouds around, some rain showers and thunderstorms in the afternoon but I had decided to go out to Willie’s cabin and  I grabbed a few things  from the store.  The  cooking oil is for frying fish and  the potatoes are for hash browns in bacon grease. 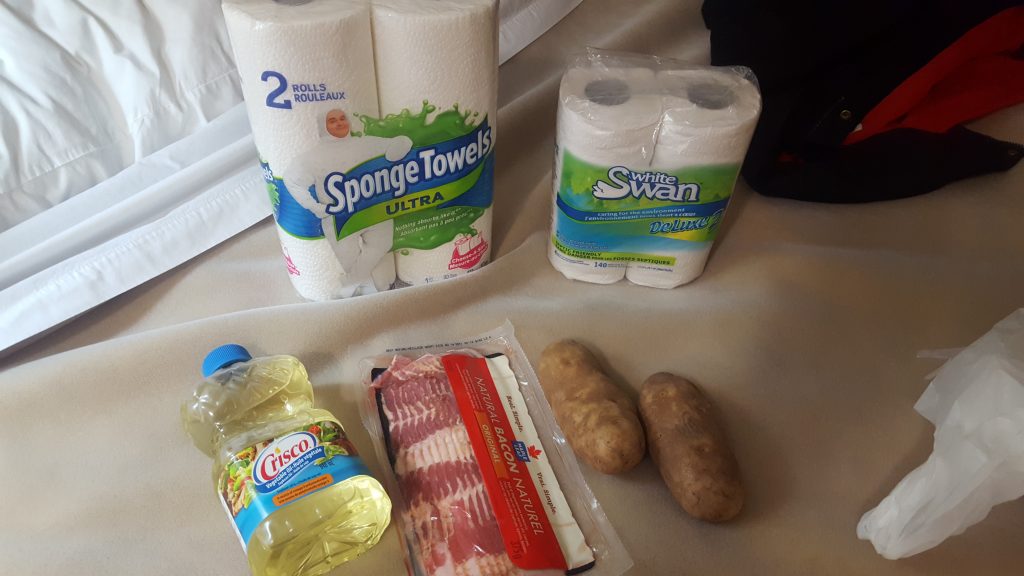 It did turn out to be a pretty good flight there.

And it is a beautiful lake that his cabin is on. 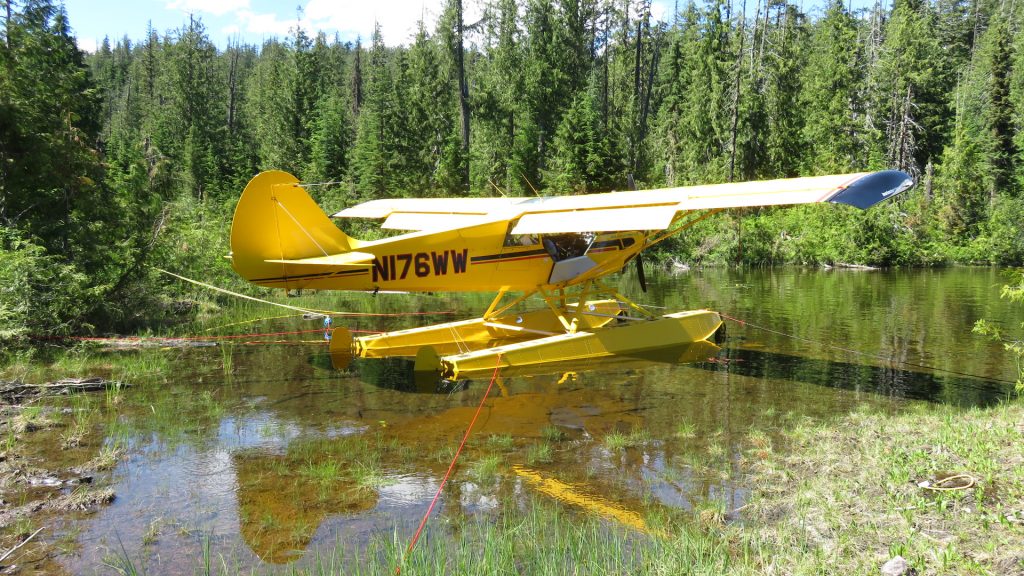 I took my time getting double shot in a safe parking spot because I now knew I had to be ready for the wind to come strong from any direction if a thunderstorm rolled through. I then spent a long time opening up a trail from the plane to the cabin. 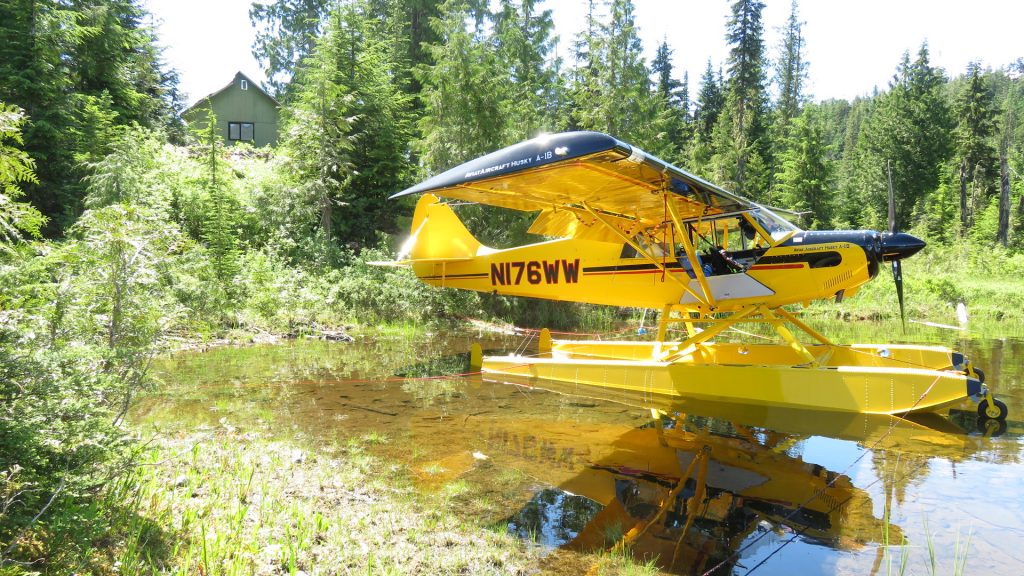 All around the cabin the trails were overgrown and it was quite obvious to me that I was the first visitor since the summer before. I filtered my water from the lake even though the guys at the airport had told me that all the Lakes up in this area were fine to drink straight from  and I believe them. I tried fishing and couldn’t get even a bite. I even took the plane out and drifted down the lake, I could see lots of fish on the fish finder sonar but no-luck! Research after the trip tells me that at times the fish will almost exclusively feed on fresh water shrimp that are plentiful in some of the lakes so I will return with shrimp flies next time. 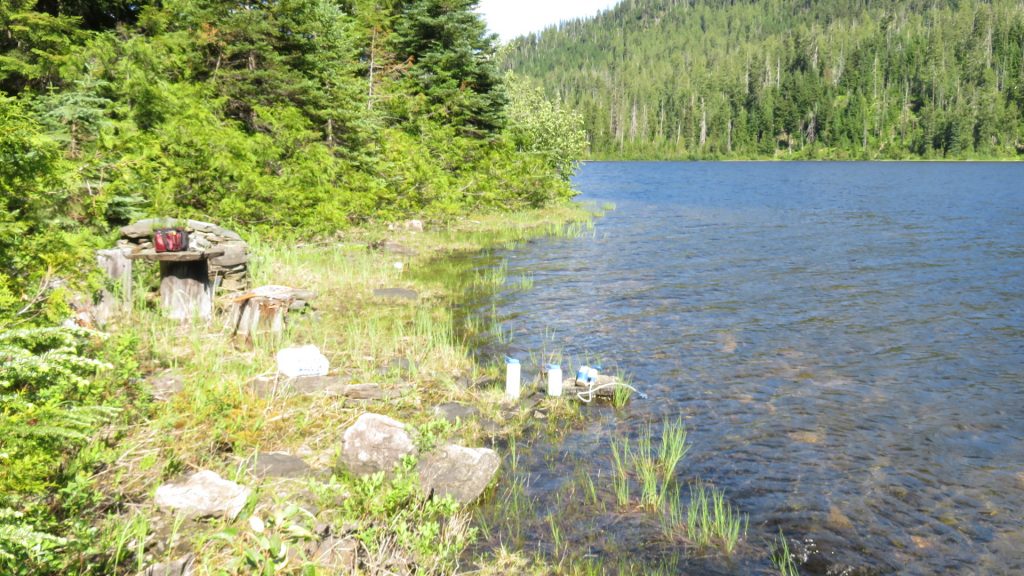 I did some cleaning and bleaching up around the table and bench but I did not plan on touching anything else because it was obvious that the mice had decided they owned the place. 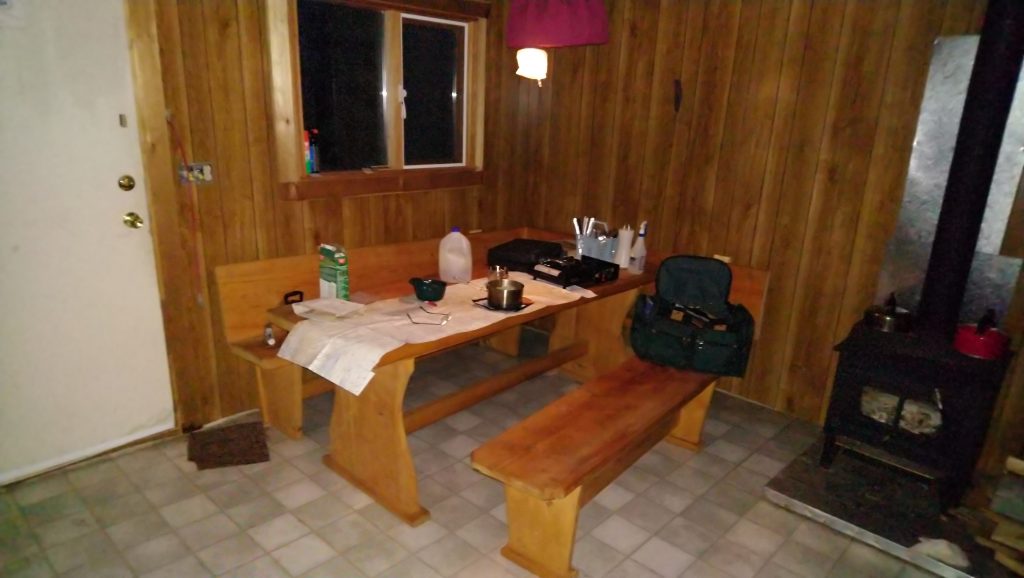 They seemed just like other cabin mice I have met, not afraid of humans and definitely letting you know that this is their place and you are just an annoying guest. They were walking around by my feet when I was sitting at the bench and one even walked out to the edge of the counter when I was standing there (I swear I saw him raise his middle claw to me). I also set my tent up to sleep in because in the past (in the Yukon) I have awakened with cabin mice running across my face with their little claws in the middle of the night and that is definitely not something I want to repeat. 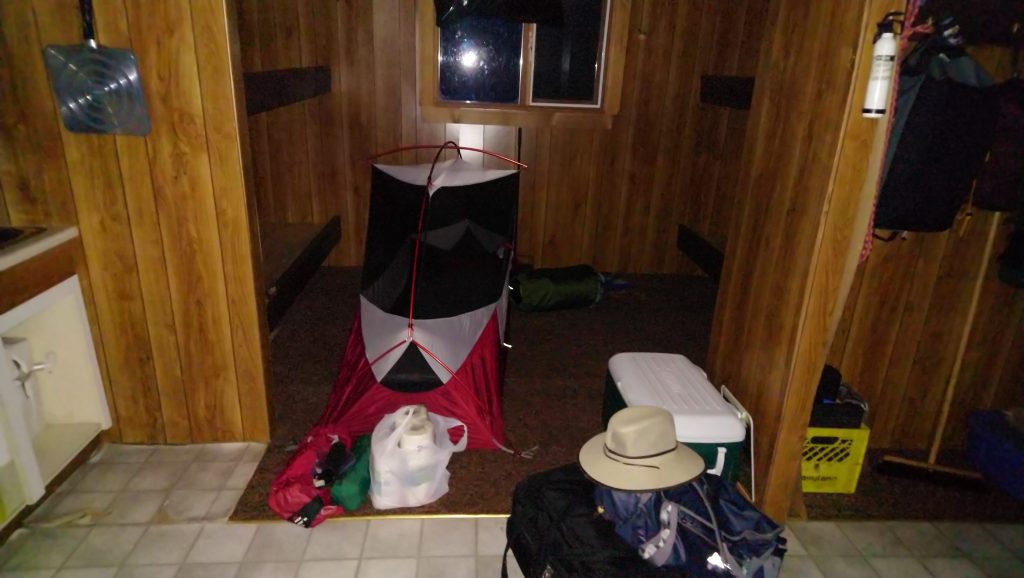 Also the mosquitoes managed to immediately follow me into the cabin and I wanted to sleep with out them on my face. I hung all of my things up on hooks and had a great night’s sleep.

Posted in 2018
← Day 9, Footloose fishing and Rescue missionDay 7, High Winds and No Dinner →